Read the diverse biographies of all our directors. 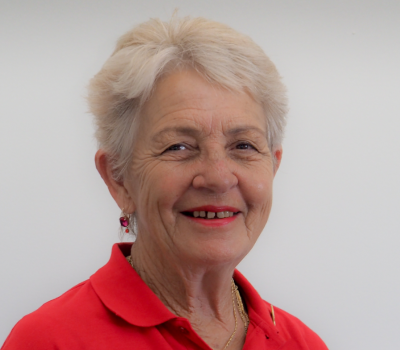 Julie has had many career changes in her life and currently is a Justice of the Peace, Registered Marriage Celebrant, volunteer Sailability as well as Rotarian. Has been a Rotarian for 20 years.

She is a mother of 4 children and 8 Grandchildren and has spent a lifetime in helping in the community.
In 2013 was nominated and was winner of District 9650 “ Inspirational Woman of the Year” for ACT and NSW Rotary Awards. Julie is a Committee member of ‘Rotary Community Centre Inc.’ which she has served for the last 5 years.
Julie loves the beaches of Port Macquarie and body surfs six days a week at Sunrise 6.30am at Town Beach all through the year, rain hail or shine.

‘BE THE INSPIRATION’ is the motto for her year and Julie will aim to lead her club into a new era of inspiring her Rotary Board and Club to new heights of awareness of Rotary in our Community. 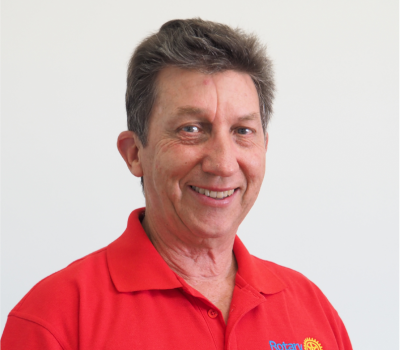 Jeff has been a member of Rotary since 2015.

Born and bred in Tamworth, Jeff moved to Sydney after leaving School to join the Commercial bank of Australia.

After working in Banking Jeff became a Financial Planner.

Jeff is now working part time (semi-retired) which has allowed him time to give a little back to the community.
Married for 38 years 5 months and twenty one days to Jill (but who’s counting), they have three grown up children.

Jeff loves playing and watching sport, gardening and fishing. Not to mention the occasional red wine (in moderation).

Jeff’s goal is to try to improve the lives of as many people as possible. 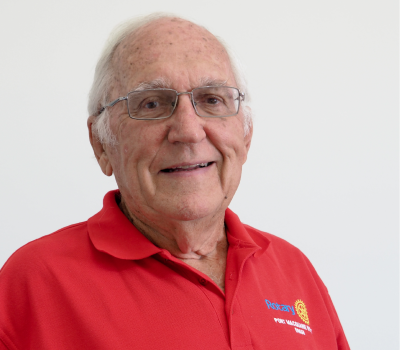 The role of Vice President is to support the President and as advisory to Directors, which is a fantastic role for John as he is knowledgeable, generous and gracious. John is a great asset to our club and a great friend to many. 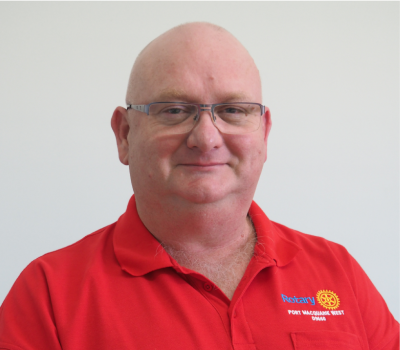 Anthony started his community service journey in South Grafton Apex in the late 80s, later moving on to Grafton Rotaract, Big River Lions Club, South Grafton Water Brigade (Flood Rescue), before finally joining Rotary in 2001 as a member of the Rotary Club of Grafton Midday.  In 2013 Anthony moved to Port Macquarie and (eventually) became a member of the Rotary Club of Port Macquarie West where he currently holds the positions of Club Secretary and Bulletin Editor.  He also currently serves as Secretary for the Board of Port Macquarie Rotary Lodge.
During his time in Rotary, and other service organisations, Anthony has served in pretty much every club level position, many of them multiple times.  He has also held a number of District level positions such as Secretary of District 9640’s IT committee, and District Co-Webmaster.
Anthony is on the wrong side of 50, has been married to the love of his life for the last 21 years, and has four children ranging in age from 11 to 20. 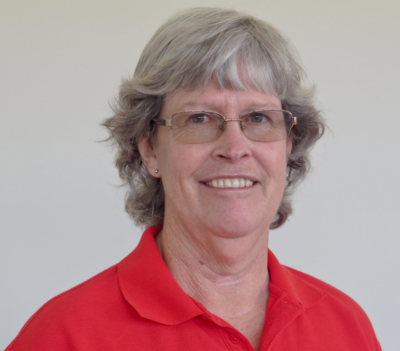 Helen was formerly a member of the Rotary Club of Walgett before retiring from Pharmacy work and moving with husband and fellow Rotarian, David to Port Macquarie.

Helen was born and raised in Camden, NSW. Helen’s family has been involved in Rotary since the Camden Club was Chartered in 1947. Her grandfather was President in 1949 and her father in 1972. Two of Helen’s sisters went on exchanges overseas.

Helen and David’s daughter, Janet attended NYSF in 1998 from our District 9650.

Helen and David are still involved with the family farming business west of Narrabri near Burren Junction.

Helen’s time is spent between her grandchildren, walking and doing the farm office work.

Helen is another one of those people who always has her hand up when there is a job to be done. 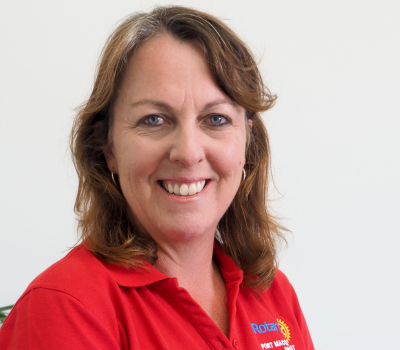 I am an Early Childhood teacher, having taught for 21 years; 11 of which I held positions as teacher and Manager/Director for 2 different Early Childhood Services as well as teaching overseas in Solomon Islands, Indonesia, Singapore and the UK.

I became a Rotarian in 2016, not long after I returned home to Port Macquarie. I felt it would be a way to get involved in my community and to meet others who also shared my passion for helping others.

Whilst in Rotary, I have been involved in Community Services, Youth Services, was Secretary and conduit between cluster clubs for the Rotary Carnival of the Pines community celebration and Fundraiser and for the past two years have led our club’s Vocational Service Avenue.

I am excited for the year ahead as I believe the foundation and strength of Rotary is combining vocational skills and expertise with a heart for helping those less fortunate and for making a positive difference in the communities and world we live in. 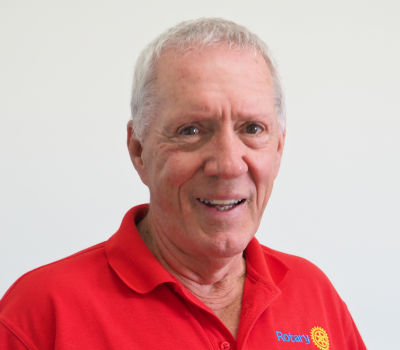 Rick moved to Port Macquarie after working overseas for eight years in Hong Kong. After retirement, he joined WestPort Rotary Club in 2011 where he has served as Community Services Director, initiated the establishment of Sailability in Port Macquarie and has been honoured as a Paul Harris Fellow. His perception of the Community Services Director’s role is summarised as follows:

“To focus on addressing real community concerns and to carry out projects that address the identified needs of the community.”

Rick has qualifications in Engineering, Business Administration and Mathematics. His interests include Sailability, gym, maths and rugby league. 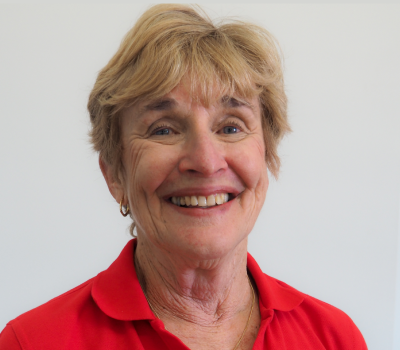 Joan was born in Sydney, growing up opposite Clovelly beach where she spent a lot of time swimming and socialising.

After high school she obtained her diploma in medical technology, working at Concord Repat Hospital, Prince Henry and Grafton Base Hospitals.

Married Trevor in 1967 and they have two surviving adult children and three teenage grandchildren.

Realising that the medical technology shoe was no longer a good fit, Joan began studying to be a counsellor in 1992. Working with Interrelate she attained full standing accreditation and supervisor status in counselling.

On moving to Port Macquarie in 1999, Joan set up a private practice in counselling working out of the Midcoast Lifeline premises. She attained clinical status with the Australian Association of Relationship Counsellors and completed a degree in Counselling with the University of New England.

Joan is actively involved with the Port Uniting Church and is on the pastoral care team and participates in the church music team. She sings with Sing Australia, does Pilates in an effort to keep fit, belongs to a book club (reading is a lifelong passion), enjoys the challenge of crosswords, Sudoko and Words with Friends, is a member of Sailability, is actively involved with Kairos prison ministry, and loves her children and grandchildren. Trevor and Joan also enjoy their Cavoodle who plays a very important part in keeping them sane.

Joan has been a member of Rotary for just over two years. She joined because she really believes in what Rotary does. 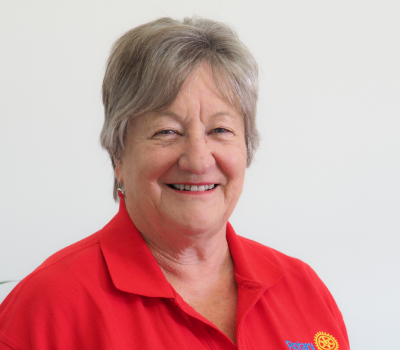 DAPHNE moved to retire in Port Macquarie from NZ to be near her daughter and son and to enjoy her grandchildren She was a member of Rotary club in Auckland ,NZ and spent many years on the district International Youth Exchange committee. From a career spanning many years in the tertiary education sector, youth has always been a focus in her life. 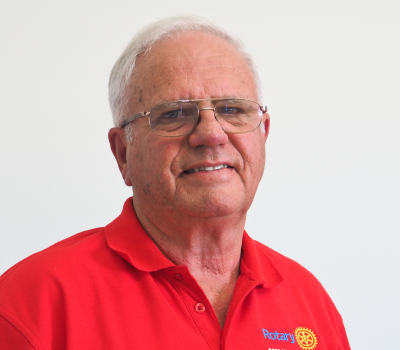 Started life in the Casino District, moved to Sydney in 1962 for his University years, then worked in Electricity Supply in Northern NSW until “retiring” in 2004. Spent many years in Apex and granted Life Membership in 1985. Joined Rotary in 2000, Club President in 2005/06 and honoured as a Paul Harris Fellow. Elected to several Rotary Club Board directorships over the years including International, Vocational, Community Service and Membership.

He’s married to Joan (also a Rotarian) with two kids and three teenage grandchildren who all live in Grafton. For many years he’s been building a “man shed” under his home with good progress in recent months but is frequently distracted as he spends time in Grafton helping his son expand his
abrasive blasting and protective coatings business.

Trevor and Joan have a lovable cavoodle, Jaffa, that plays a significant role in their day to day living. 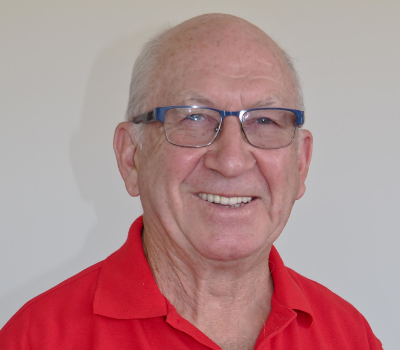 A few words- I am very passionate about Rotary especially its International activities , embracing Rotary Australia Community Service(RAWCS) & Rotary Against Malaria (RAM)-The catalyst for this comes as a Co-Founder & Advisor (with my wife) to a Kenya Non- Government Organisation (NGO) which is dedicated to bringing a rural community out of poverty. This community is now embracing the ideals of Rotary through a Rotary Community Corps which I am promoting in conjunction with a fellow Kenyan Rotarian & friend Alex Omino. Alex is the other Co-Founder of the NGO (Muma Theresa’s Holistic Centre) & a Master Facilitator as recognised by the UN. 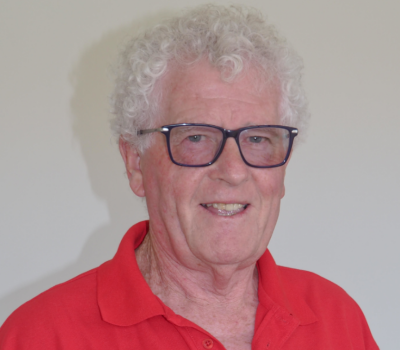 Member of our club since 1994 and has served as President, Secretary and Bulletin Editor and is a Paul Harris Fellow.
Born and raised in Grafton, Alan is a lawyer who has practiced in Grafton and Martin Place, Sydney, and in Port Macquarie since 1974. He spent some years in the Woolgoolga Surf Club and body surfs every morning and is a keen cyclist, having retired from his rugby days when he played for both Grafton (the Redmen) and Port Macquarie (the Pirates).